I always felt that I was born for a purpose.
A deep chord sounding at the base of the track of my life.
Percolating up in the strong sense of the importance of my doing.
Doing, going forth, accomplishing, evermore.

It seems as clear as a delightful bell
like the button tying up the ending of a multidimensional story,
that it would not be known, not be knowable to what purposes
I have been constructed, until much later.

Even, perhaps, the imperceptible horizon’s edge defining my lifetime’s span.

That an immature mind fixed on bubblegum fame and stage lights
would not see a realization much grander than that image.
(Yet, in its primordial wisdom, the image like a hologram–(a holon-gram?)
suiting the state of mind,  pointing to something well [deeper/beyond].)

At maturity, of fruition.
It would be obscured, like the face of God to mortals.
It would be mysterious yet manifest as if in code, in the nodes of lessons
crafted into the narrative unfolding across epochs
of a sole protagonist, karmic quest.

Hero’s Journey in which the Hero merges with the divine,
and colonizes the Ordinary World with god-consciousness upon her Return.

Returning again and again to the lessons,
which is the Way I have discovered that makes sense and beauty out of all of it.

Like a destiny, like an ending all too perfect.
But only if one learns how to read the text…

END_OF_DOCUMENT_TOKEN_TO_BE_REPLACED 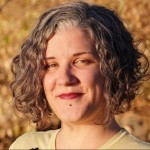